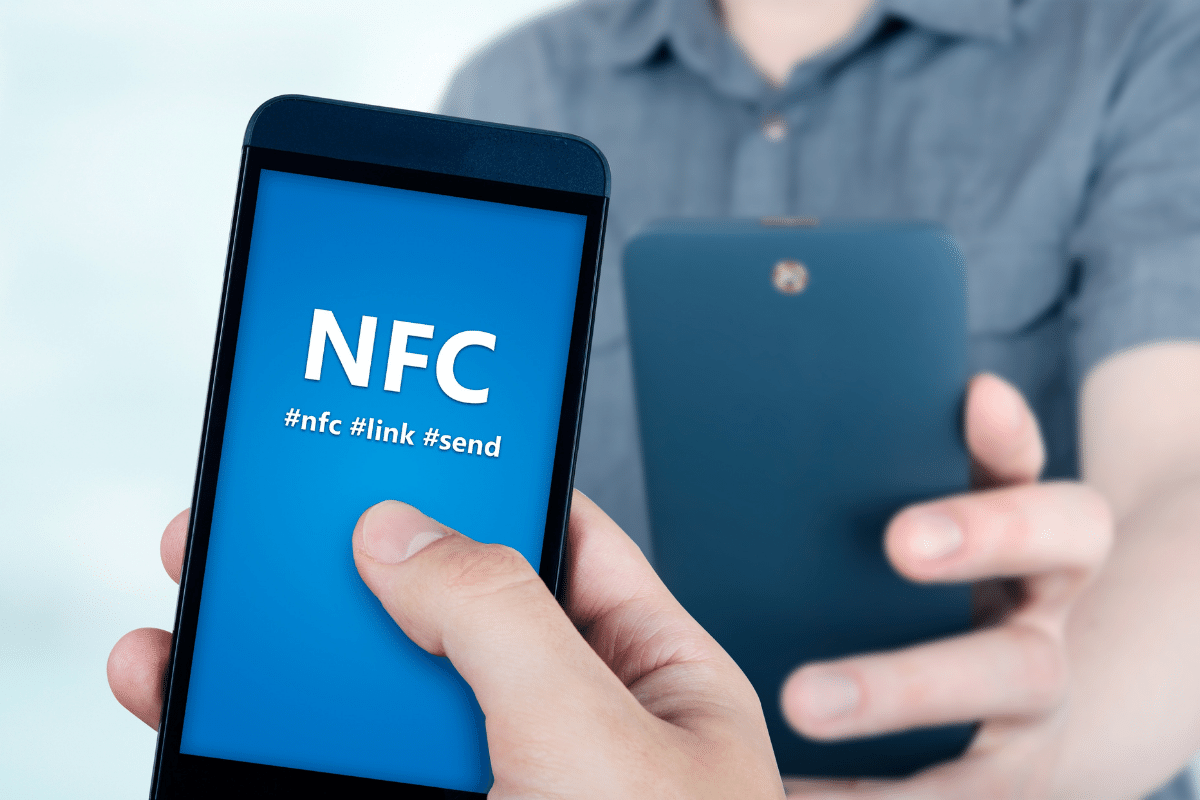 What is NFC on my phone

Near Field Communication (NFC) is a technology that allows two electronic devices, such as a smartphone and a payment terminal, to communicate with each other by bringing them into close proximity, usually no more than a few inches apart.

NFC was invented in 2002 by a team of engineers from Philips Semiconductors, and the first NFC-enabled product hit the market in 2006. However, it wasn’t until 2011 that NFC really started to take off, when Google added support for the technology to its Android operating system.

Since then, NFC has become increasingly popular, with a growing number of smartphones and other devices incorporating the technology. In fact, a recent report from the GSMA, an industry trade group, found that there were more than 1.3 billion NFC-enabled devices in use worldwide as of 2017.

What is NFC used for?

There are a number of different uses for NFC, but the most common applications are payments and ticketing.

NFC payments allow consumers to make contactless payments by simply tapping their phone against a payment terminal. This is a more convenient and secure alternative to traditional debit and credit cards, which require users to enter their card number and PIN.

NFC ticketing is also becoming increasingly popular. Instead of having to print out a paper ticket or redeem a voucher, users can simply scan their phone to gain entry to a venue or event. NFC ticketing is particularly popular at music festivals, where attendees can use their phones to purchase and download tickets, as well as to collect and redeem rewards.

Other uses for NFC include transit payments, product identification, and access control.

How does NFC work?

NFC is a short-range wireless technology that uses magnetic field induction to allow two devices to communicate with each other.

In order for NFC to work, both devices must be equipped with NFC chips and enabled for NFC communication. When two devices are near each other, the NFC chip in each device creates a small magnetic field. This field is then detected by the NFC chip in the other device, which causes it to send and receive data.

What are the benefits of NFC?

There are a number of benefits to using NFC, some of which include:

Convenience: NFC is a more convenient alternative to traditional debit and credit cards. All you need to do is tap your phone against a payment terminal to make a payment.

Security: NFC payments are more secure than traditional debit and credit card payments. This is because NFC payments do not require you to enter your card number and PIN.

Ease of use: NFC is a very user-friendly technology. It is easy to set up and easy to use.

What are the limitations of NFC?

Although NFC is a very versatile technology, there are a few limitations to consider:

Range: NFC has a very short range, usually no more than a few inches. This means that you can only use NFC to make payments and perform other tasks if the devices are close to each other.

Compatibility: not all devices support NFC. In order to use NFC, both devices must be equipped with NFC chips and enabled for NFC communication.

Cost: NFC chips are not cheap, which can limit the availability of NFC-enabled devices.

How to use NFC

In order to use NFC, both devices must be equipped with NFC chips and enabled for NFC communication.

To make a payment with NFC, simply tap your phone against a payment terminal. If you are using a

Near Field Communication (NFC) is a technology that enables two devices to communicate wirelessly when they are in close proximity, usually less than a few inches. NFC has a variety of applications, including contactless payments, exchanging business cards, and connecting to wireless networks.

NFC works by using radio frequency (RF) signals to exchange data between devices. When two devices are NFC-enabled, they can establish a connection by touching or bringing them within close proximity of each other. Once a connection is established, the devices can exchange data such as contact information, URLs, or payments.

NFC payments are becoming more popular, and many smartphones and credit cards are now NFC-enabled. When making a payment with NFC, the user simply taps their phone or credit card against a payment terminal to complete the transaction. NFC payments are more secure than traditional credit card payments, as they require a PIN or fingerprint to be authenticated.

NFC can also be used to connect to wireless networks. By tapping an NFC-enabled device against a Wi-Fi hotspot, the user can automatically connect to the network and start using the internet.

Overall, NFC is a convenient and secure technology that has a variety of applications. With NFC-enabled devices becoming more common, the use of NFC is likely to continue to grow.

Near-field communication (NFC) is a technology that enables two devices to communicate with each other when they are in close proximity, usually less than four inches apart. NFC is a subset of RFID (radio frequency identification), a technology that uses radio waves to identify objects.

NFC can be used for a variety of purposes, such as making payments, sharing files, and controlling devices. In order to use NFC on your phone, you will need to have a phone that supports NFC and an NFC-enabled device, such as a smartwatch or a speaker.

To make a payment with NFC, you will need to have an NFC-enabled credit or debit card. Simply hold your card up to the NFC reader on the payment terminal and wait for the beep or vibration to indicate that the payment has been processed.

To share a file with NFC, you will need to have an NFC-enabled phone and an NFC-enabled file sharing app. Open the app and select the file that you want to share. Hold your phone up to the other device and wait for the beep or vibration to indicate that the file has been transferred.

When you write a conclusion, you want to remind your reader of what you said in your paper, but in a way that ties everything together. You also want to leave your reader with something to think about.

One way to think about a conclusion is to think of it as a summary of your paper. You want to remind your reader of the main points that you made, and you want to show how those points connect to each other.

Another important function of a conclusion is to leave your reader with something to think about. You want to give your reader something to consider after they finish your paper. You can do this by asking a question, making a prediction, or offering a suggestion.

If you’re having trouble writing a conclusion, try rereading your paper and highlighting the main points. Then, try to come up with a sentence or two that summarizes each point. Once you have a summary of each point, you can put them all together to create a conclusion.

No comments to show.